In America, professional road cycling lives in a sort of sports ghetto, almost next door to soccer and just down the street from curling and cricket. While a small core of outcast enthusiasts wakes up early to watch live feeds of the Spring Classics and Grand Tours happening an ocean and six time zones away, most of their countrymen are, at best, vaguely aware of the Tour de France, and can’t talk turkey without bringing up, well, you-know-who.

Le Tour is, of course, a great reference point to start from. Since its 1903 beginnings, it has been an outsized, spectacularly fanciful race. The first edition — dreamt up by journalist Geo Lefevre to boost the circulation of his struggling sports newspaper, L’Auto — was an unprecedented 1,500-mile lap of the French countryside. 60 cyclists set out from Paris and, over the next two and a half weeks, rode over 250 grueling miles of self-supported stages over rutted, unpaved roads. At the end of the sixth and final stage, 21 of the grittiest riders limped across the finish line before a cheering crowd of 20,000.

Today, it’s still the world’s most popular, not to mention prestigious, cycling race. For three weeks each July, the peloton races 2,000 miles between France’s rolling vineyards, through its picturesque villages, and over its alpine passes, shadowed all the way by a vast, rolling circus of fans, international journalists and corporate sponsors. This is the Big Dance, where a single brilliant day in the saddle can catapult a rider from obscurity, and forever change his career.

But there are more great races, many of them just as storied. And at least a couple of much newer races are even gaining prominence and, dare we say it — popularity — right here in States. Here’s our highly selective spin through the world’s greatest cycling races. 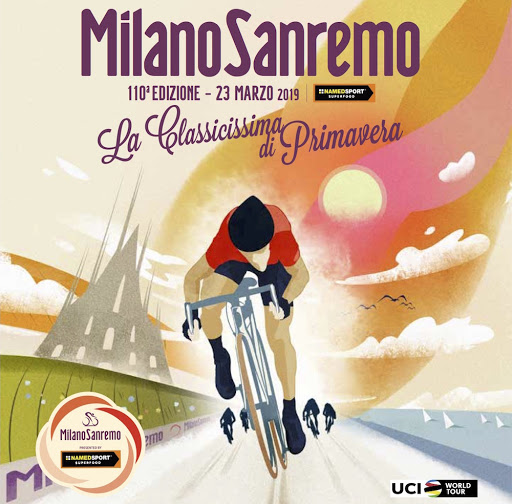 First Year: 1907
Length: 185 miles
Why It’s Great: The longest one-day race in pro cycling, Milan-San Remo offers a rare test of endurance early in the season. Long and mostly flat — with just one big hump where the road crests the Passo del Turchino before plunging down to the seaside towns of the Italian Riviera — it’s often referred to as “the Sprinter’s Classic”, and usually ends in a bunch sprint. The winner isn’t necessarily the fastest sprinter, but the one who’s made the fewest mistakes throughout the long day.
Distinguishing Traits: Gorgeous coastal views. Strong winds. Unpredictable weather. Almost always won by a sprinter.
Key Segments: Cipressa-San Remo. There are two small (but noticeable after 280km) climbs, the 239-meter Cipressa and the 160-meter Pogio de San Remo, in the final 20km. If no major breaks are already up the road, this final stretch is where the race will be decided. 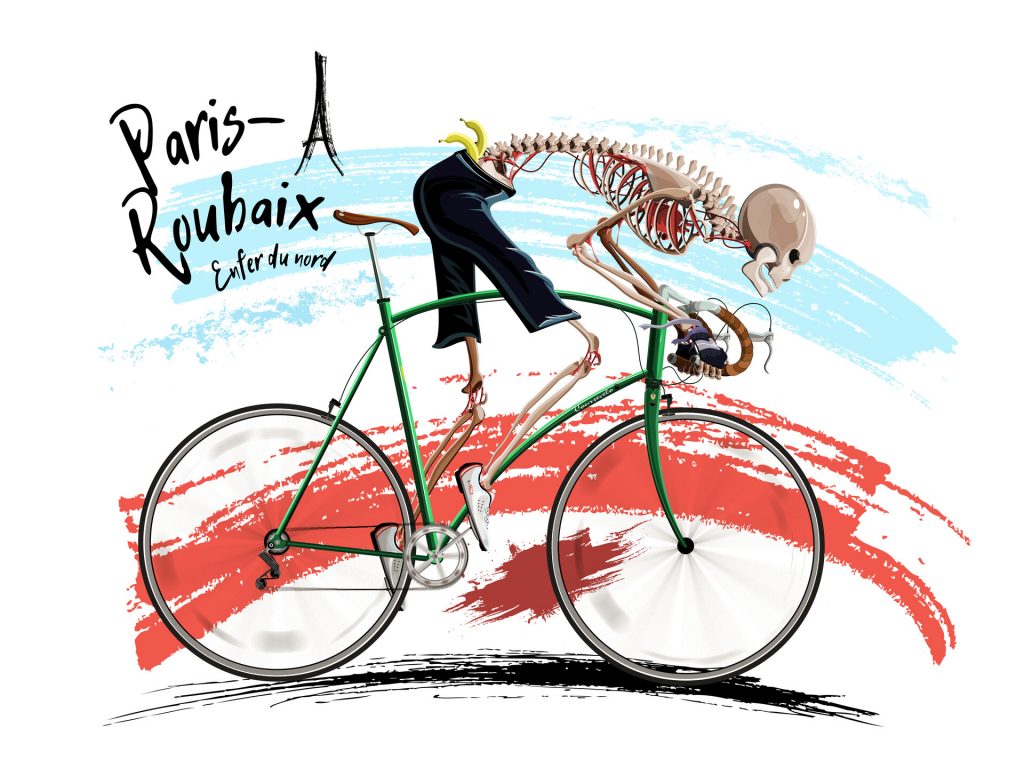 First Year: 1896
Length: ~150 miles
Why It’s Great: The “Hell of the North” rattles over nearly 30 cobbled sectors, called pavé, on its way from Compiègne (northwest of Paris) to the velodrome in Roubaix. Between the grueling distance, the fickle Northern European spring weather and the challenging terrain (crashes are common and punctures are de rigueur), this Spring Classic is easily the world’s most grueling single-day pro cycling race.
Distinguishing Traits: Bone-rattling pavé. Active railroad crossings. Mud. At least one Belgian on the podium. Crashes, punctures, mechanical problems. Unveiling of the latest vibration reduction technology.
Key Segments: Trouée d’Arenberg. The 1.5-mile, arrow-straight cobbled stretch through Arenberg Forest is one of its bumpiest, most irregular sectors and, as such, has become the symbol of the race. 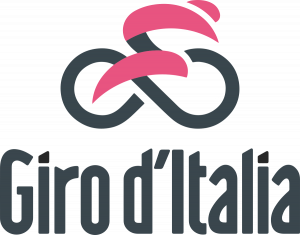 First Year: 1909
Length: 21 days; 2,000 – 2,200 miles
Why It’s Great: “La Corsa Rosa” kicks off the grand tour season in dramatic fashion, with merciless strings of climbs through the Dolomites and Alps, more than a few fearsome dirt roads in Tuscany and a generous dose of mountaintop finishes. The fireworks usually start in the first week, with several major climbs shocking the peloton into action and creating opportunities for heroic performances. It’s still a relatively intimate, largely Italian race.
Distinguishing Traits: Rabid fans. Sketchy spring weather — often fog, freezing rain and sometimes even snow — high up on the mountain passes. Sometimes condescendingly considered a “training ride” for the Tour. Narrow, steep alpine roads that drastically change pitch.
Key Segments: The Individual Time Trial and the mountain stages will provide the most excitement. In recent years, the Giro has taken cues from the Tour and added fiendishly long solo time trials (up to 60km, or 37 miles), which allow big, speedy riders to put big time gaps into their opponents (though a sprinkling of climbs helps neutralize their gains). In typical Giro fashion, some of the toughest climbs come right at the finish. Keep your eyes on the Colle della Lombarda which features a 7.5% grade over roughly 20 kilometers. 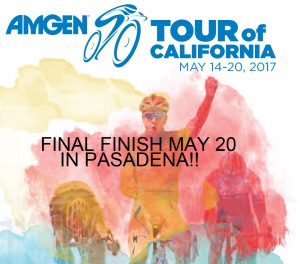 First Year: 1903
Length: 21 days; 2,000 – 2,200 miles
Why It’s Great: This is the Big Dance — the one race that, without fail, is contested by all of the world’s top riders. In fact, in relation to the Tour, every race beforehand almost becomes training, and every one afterwards a recovery ride.
Distinguishing Traits: Challenged by all of the world’s top riders. A straight week of pancake-flat stages at the start gives sprinters a good crack at the maillot jaune, but also contributes to overly conservative, formulaic racing by the all-rounders competing for the final podium. A wildly international peloton. Off-the-hook parties along the route, especially along alpine passes.
Key Segments: The First Mountain Stages. After a week of indecisive flat stages, the Grand Boucle at last rides into the Pyrenees or Alps. The eventual winner probably won’t be decided this early on, but the losers almost certainly will. Individual Time Trial. Race organizers have a habit of building a very long, often decisive time trial into the final week of the race (often the second-to-last stage), where talented trialists can put precious seconds, even minutes, into their competition.

First Year: 1935
Length: 21 days; 2,000 – 2,200 miles
Why It’s Great: The youngest of the grand tours, the Vuelta Cyclista a España is a late-season race that’s long been shrugged off by top-tier riders and, therefore, overlooked by weary cycling fans. But since it doesn’t start until late August, it’s become the de facto consolation tour for injured stars, as happened last year when Alberto Contador and Chris Froome (who would go 1-2 in the race) sought to redeem themselves from Tour-ending injuries. That’s some of the special sauce that makes the Vuelta the least predictable grand tour. Its podium has also proven adept at unearthing emerging talent and relatively unknown riders, like Vincenzo Nibali circa 2011 and, a year later, Chris Froome.
Distinguishing Traits: Often considered a “training” ride for the World Championships. Grueling mountain stages. More often than not, a Spanish winner. Brutal heat. Aggressive racing.
Key Segments: Despite the fact that the Alto de L’Angliru (Spain’s toughest climb) is missing from the Vuelta for the fourth year in a row, stage 13 will provide plenty of steeps for the climbers to turn on the gas and look for a stage win. The riders will tackle four major Pyrenean climbs in stage 13, and it could very well be the day the Vuelta is won or lost.

How To Cycle Faster And Longer

How to Start Cycling: 6 Need-to-Know Tips for Beginners